This story was originally featured in West Virginia Executive

Millennials, those born after 1980, are choosing to live, work, play and stay in places known for innovation, diversity and interconnectivity. To attract and retain these young professionals, West Virginia communities must adapt to the wants and needs of this generation.

In this 21st-century, knowledge-based economy, young talent retention plays an even more decisive role in economic success, and in no place is this more clear than West Virginia. As a large portion of the state’s next generation continues to leave for more diverse and innovative places, one thing has become very clear: West Virginia’s future depends on its ability to become an ideal destination for young talent. 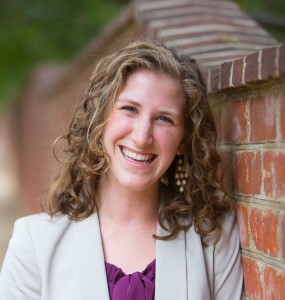 The Importance of Young Talent

West Virginia’s population is aging and shrinking as the next generation of employers and employees continue to leave for opportunities in other states. According to census data from 1950-2000, the Mountain State has lost an average of 44 people per day. The West Virginia University Bureau of Business and Economic Research’s (WVU BBER) 2014 population trends report estimates that by 2030, nearly one in four West Virginians will be more than 65 years old and the state’s population will have dropped by 20,000.

“These demographic trends will put a strain on the state’s budget, limit our ability to attract businesses and put West Virginia’s economic growth at risk,” says John Deskins, director of WVU BBER. “Our state must have an abundance of young, energetic and highly skilled men and women to remain attractive to potential businesses and meet our long-term economic potential.”

There’s no question that West Virginia’s future depends on the state’s ability to better attract and retain young talent. In order to become a state where that can happen, West Virginia needs to make innovation, education, diversity and interconnectivity its top priorities.

The Power of Potential

Millennials are choosing to live and work in innovative communities that are brimming with potential and opportunity. This generation is entrepreneurial, with more than half wanting to start their own business, according to the Kauffman Foundation’s 2011 Young Invincibles Policy Brief. The 2014 Deloitte Millennial Survey showed that the majority of millennials take into account how innovative a company is when deciding whether they want to work there.

“In order to attract and retain this generation of entrepreneurs, West Virginia must embrace innovation, economic change and thoughtful risk taking,” says Matthew Ballard, president and CEO of the Charleston Area Alliance. “By opening ourselves up to new ideas and new ventures, we can create an environment that welcomes new people to the state and brings home those who want to come back.”

While West Virginia may not be the ultimate haven for entrepreneurship just yet, the state has an overabundance of one important prerequisite that is beginning to inspire some young adults to stay: potential. According to The Young and Restless in a Knowledge Economy, a CEOs for Cities report, places with a sense of possibility and where new ideas are welcomed are more likely to attract and retain young adults.

Jake Dougherty, executive director of Reinvent Wheeling, was inspired to return to his hometown of Wheeling after going away to college in Washington, D.C. “There is something exciting about the potential in this state,” he says. “West Virginia is an amazing place that too many have overlooked, but that is changing every day, and I get to be a part of that change.”

Communities with strong education systems, from early childhood to higher education, are also more likely to attract millennials. Education is at the foundation of young talent retention. Businesses consistently cite an educated work force as a key determinant of business location, growth and profitability. Unfortunately, 2010 U.S. Census numbers show that West Virginia’s number of degree holders runs almost 10 percentage points behind the rest of the country.

A strong education system makes the Mountain State more competitive for small businesses too. The 2008 Education and Tech Entrepreneurship report by the Kauffman Foundation found that nearly half of startups are established in the same state where the founder received their education. Without competitive education, West Virginia runs the risk of losing future entrepreneurs and innovators.

In addition to job creation, communities with high-quality education are more attractive to young families when deciding where to live and work. Lillian Graning, the chief communications officer at the New River Gorge Regional Development Authority, is a West Virginian by choice. She was drawn to the state by a job that offered her a unique opportunity to make an impact in her field—something she said she would not have expected to have until later in life. However, West Virginia’s education system is a concern for how long she will be able to stay.

“As a young professional, school quality will absolutely play into my family’s decision to make West Virginia our permanent home,” says Graning. “I love this state and would do anything in my power to help improve it, but without remarkable improvement in the public school system, my family will have to put the education and future of our children first.”

The Value of Diversity

Millennials are the most diverse generation to date and are flocking to communities that recognize the importance of equality. According to a 2014 survey by Harstad Strategic Research, Inc., millennials rank equality as the most important issue given the country’s current challenges. Stephanie Tyree, deputy director at the West Virginia Community Development Hub, has seen firsthand through her work with the hub the important role a community’s diversity has in attracting millennials.

“In order to attract this generation, we need to aggressively create communities and spaces that are welcoming, supportive and excited to include all races, classes and sexual orientations,” she says. “Our generation wants to live in communities where it is recognized that diversity leads to innovation while homogeneity often limits us to stagnation.”

The Importance of Interconnectivity Millennials are more connected to technology than any other previous generation. They are attracted to places that have sufficient interconnectivity, which has become necessary for job hunting, work, education, entertainment, health care and civic participation.

“Broadband access is foundational to affording our creative entrepreneurs the ability to stay and work in West Virginia,” says Novoselick. “Artist entrepreneurs are drawn to West Virginia for a variety of reasons to start their businesses: the low cost of living, the proximity to large markets and the natural beauty. However, without Internet access, they cannot keep up with new business models or ship their products outside of our state lines.”

While the out-migration statistics paint a bleak picture for young talent retention in West Virginia, the state has important assets that are already retaining some of the best and brightest. These assets lay the foundation for creating an ideal destination for young talent to live, work, play and stay.

For instance, West Virginia’s relatively small size means young professionals can land high-responsibility positions quickly, an opportunity that many other states do not offer. “We have short ladders to climb to access leadership,” says Ballard. “With a few years of dedicated work, young professionals can be interacting with the top business and government leaders in the state.”

The Mountain State also has an authenticity that is appealing to millennials, a generation that is eager for communities that feel genuine. “There is a true sense of self here, and that draws people,” says Dougherty. “In West Virginia, you are in a place that knows where it has come from, knows what it is and wants you to help it figure out where it is going. There is an incredible sense of fulfillment in that.”

More and more young people are emerging as leaders, ready to step up and help the Mountain State realize its full potential. West Virginians are also proud and passionate, a winning combination that will help move the state forward. Novoselick seems to best sum up this new determination to fight for the state’s future that is spreading like wildfire: “I love being surrounded by people who understand this is not a perfect place but that it’s worth fighting for.”

Natalie Roper is the Executive Director of Generation West Virginia