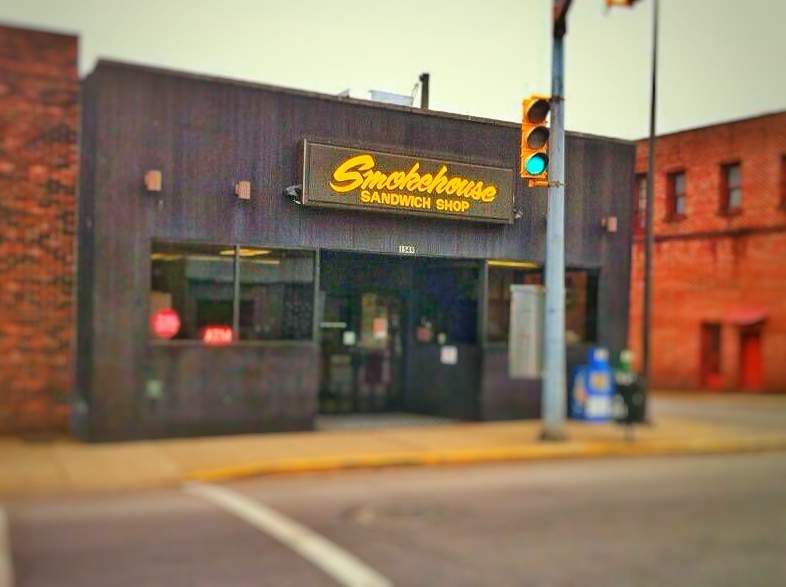 The “Cheers” of the West Side

Around the age of 10, my family and I moved to Woodland Drive on the West Side of Charleston. My next-door neighbor was Mike Smithers. His parents were Charlie Bob and Rosie, and they owned The Smokehouse, an establishment they opened in 1946 at 1549 W. Washington Street. I spent a lot of time at the Smithers’ house because both of my parents worked. Rosie pretty much helped raise me during the day.

Rosie would make sandwiches for The Smokehouse, and Mike and I would go with her to deliver them. When we would go through the door of The Smokehouse, the energy was very exciting. It was a place that had five full-size pool tables, slot machines and a poker game in the basement on a regular basis. There was always a razzle pool game going. Razzle was a gambling game that took about five minutes to play, so there was a winner every five minutes, which added to the excitement.

There was a lot of other action going on in the building. The Salvation Army lady would come through dressed in her full regalia, shaking a tambourine that the men would put money in. She would shake them down about once a day and make a pretty good haul for the Salvation Army. Charlie Bob was a nice guy and always let her do it.

Charlie Bob was a good-sized man and ruled The Smokehouse with an iron fist. If there was ever any trouble, Charlie Bob would come across the bar with a slap jack. Generally, they carried troublemakers out after an altercation. On the other hand, he was a very generous person. If someone was in financial dire straits, more often than not he would help them out.

In 1986 when the dog track became a presence here in the valley, the poker game went away in the basement. They began down-sizing the pool tables and eliminated the razzle games. The slot machines stayed but without the handle. It is just too much for some people to pull, I guess.

When the smoking laws changed in 2008, The Smokehouse became a smoke-free environment. They picked up a whole bunch of business because people who wouldn’t have gone in previously started going in there to enjoy a good meal. I literally grew up in The Smokehouse and took my family there almost every Sunday when my kids were growing up.

It’s a family atmosphere. You’ll see the same people there frequently, and you’ll get to know them. It’s also a family-run business: Mike and his wife, Patty, and their daughter, Sheena, head up the place. They have great food—I can personally attest to that as I eat lunch there two or three days a week. At one time, there were five bars up and down that part of Washington Street within a block of each other. Now the only one left is The Smokehouse, and the reason is that it’s clean, bright, neat, safe and a fun place to go.